My husband and I spent a fair few hours this week in various health-related waiting rooms…it made me grateful for all the usual stuff (health, wealth, happiness and all that jazz) but it also made me grateful for the art of stickybeaking….there is nothing better than a stickybeak with a fellow stickybeaker (aka my husband). Let me clarify here there is a space between sticky-beaking and busy-bodying…we never cross that line.

We were seperated from three other families by a thin curtain…it was still pretty early on a weekday morning but the hospital was humming with all those yucky disastrous things that happen behind closed doors. Across from us was a woman with a writhing toddler stuck to her chest, she was glued to her iphone, furiously texting, furiously scrolling – I did want to lean over and ask what she was reading but my son had fallen asleep on my arm (the arm is yet to wake up…should I seek medical attention??). The middle aged man to the diagonal was also reading his iphone (what did we all do without them??) and his tween-age daughter was trying to persuade him that her legs felt funny despite her 15 trips to the loo in a half hour period…he was very econominal with his answers…you could probably call them grunts. The couple next to us were fussing over a little boy who coughed like a seal and shuffled around like a little old man – his dad, lets call him the suit, spent the day ringing the office, reading out powerpoint slides to his assistant and then telling his son that his illness was in gods hands…I could have given his presentation by the end of our stay.

My partner in crime and I kept each other updated on the happenings of our roomies Ãƒâ€šÃ‚Â – we shared how the furious scroller was going, what request the tween had come up with that hour and how the suit’s powerpoint presentation was going. We wondered where they had come from, we were happy for them when their kids were given the all clear and we were a bit bummed to not see out how it all unfolded when we got to go home.

Im grateful for a husband who secretly loves a good sticky-beak as much as I do.

Whats the most important skill for a good sticky-beak? Can women do it better than men?

p.s My husband was at the train station the next day, his text to me read…the suit is on my train. 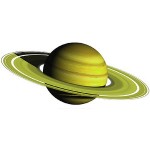 I try to not be one of those people that complains that men and woman are from different universes but some days I do concede defeat.

Like most couples with a herd of children sometimes the only time you get to have a chat with your partner is that space between your head hitting the pillow and you drifting off to sleep. I often get in trouble for spewing out a never-ending stream ofÃƒâ€šÃ‚Â random thoughtsÃƒâ€šÃ‚Â that my husband has a difficult time following. The other night we were having a chat about his work – there was a new woman who started and I asked how it was going. My husband explained that he was showing the woman the layout of the office and she commented on the space in the fridge saying she needed to leave her food there as she was on a ‘transformation’ diet. Of course my first question was ‘what’s she transforming into?’…his response was “I don’t know, I didnt ask her’.

And there it is…the difference between men and women.

I then went off on a tangent wondering outwardly what the diet was, why she was on it, what sort of food was involved, whether or not the disclosure about the food was an invitation for him to ask her more, maybe she was just trying to generate some chitter chatter on her first day….so many questions…so much snoring.

I’m still wondering about it.

I went to a conference on griefÃƒâ€šÃ‚Â this weekÃƒâ€šÃ‚Â (don’t get too jealous) and I was keen to hear a man talk about his research into the way that different genders copes with loss. He talked about male and feminine qualities of coping – the feminine method involving expressing feelings and exploring them, versus the masculine concept of ‘thinking and doing’. This isn’t to say that women behave this way and that men behave the other it just explores the fact that there are different ways of grieving and that both ways have benefits for learning to live with loss.

In accepting which way people cope with loss theÃƒâ€šÃ‚Â people who want to offer support should be focussed not on forcing people to share or to express more feelings but more to validate the way that they cope. I guess that old cliche of a therapist asking people how they ‘feel’ might be better served by asking people how they ‘cope’…we (ok I) shouldn’t be assigning feminist traits as a sign that people are coping better with their loss – we don’t all need to cry and scream to show that we are hurting.

So even thoughÃƒâ€šÃ‚Â people might not want the detail or they might not want to openly express feelings, they might actually be coping OK. But the big question is how do we move away from this idea about the need to share everything, to have open and honest discussion as the only method to really explore something?

What about you – are you economically emotional when it comes to expressing your emotions? Is it necessarily a male/female thing or is it a human/human thing? Or have I missed the point entirely?