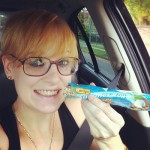 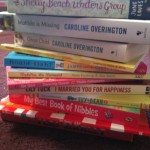 Ive been absent from the blogging roundabout for the last couple of weeks except for my post about pancakes. I began to worry that Id lost my capacity to sit and concentrate for longer than 12 seconds. Holidays with kids can do that – all I want to do is sleep, drink coffee, watch bad TV and hang by the pool…oh wait thats what Ive been doing!

I put it out to the twittersphere tonight that I was worried I had lost the will to blog and the lovely MarnieÃƒâ€šÃ‚Â came straight back telling me to write about my lost words. And so thats what Im doing.

Im in the last stages of a book on my holiday reading pile that explores theÃƒâ€šÃ‚Â trauma of peoples lives, fictionally. The story sounds incredibly familiar to me. I’m not sure if, as a social worker, Ive just been exposed to so many similarly horrific stories or if its been lifted from a real life story with just a bit of tweaking to make it non identifiable. Regardless of how it came about it makes me a little uncomfortable as it starts to cross that imaginary line between fiction and real life. Its isn’t escapism its stark realism.

In the early stages of my blog I latched on to some creative writing tasks to get my fingers moving. I guess I passed off these fictional attempts as just that – fiction – but to be honest most of them were true stories about me just crafted into small pieces that maybe someday could be glued together as the basis of a short book. A girl can dream.

In the telling of stories we share tiny bits of our soul. I have been able to share a lot of spaces with people as they tell me about parts of their lives – the intricate tapestries that brought them to where they are.Ãƒâ€šÃ‚Â Yesterday I felt that I had stepped back in time. I met with some people that I had knew from my working world many moons ago. People who by trauma or misadventure got to meet me and in turn I got to sit with them when they heard the worst news any person could ever hear. They shared their story with me and they continue to do so. It sounds ironic but I guess having this blog makes me wary of sharing of stories from your own vault because each time a little piece escapes so does the anonymity and the solitude that comes from working through it in peace, in your head.

Some days I feel that all I am is one big repository of stories but maybe instead of thinking of it as a hindrance maybe I’m just one big book with lots of real stuff to tell.

Im hoping that this year gives me more chances to tell more, to hear more and learn more and I wonder how many more faces, names and stories will continue to leave little reminders on my soul. Only time can tell.

Are you a story teller or a story keeper? 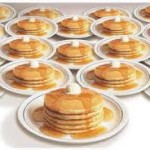 Every year my husband and I and the kids head here. Its an annual thing and its something that he has done every year since he was a kid too. I always remember Mia Freedman when she said that holidays with kids was really just moving the kids to another location without the usual props to entertain them.Ãƒâ€šÃ‚Â This year was no different, we almost had to leave a child behind with the amount of stuff we had crammed into the car.

Going to a place you went to as a child inevitably increases the stress to recreate the memories you had for your own offspring (or step-offspring). To visit the same holiday spots, the same twee amusement parks all with that rose-coloured glass nostalgia that makes you forget about vomiting after your first ride on the pirate ship or the sunburn that was so bad you had to shove cotton wool under the straps of your swimmers to relieve the pressure. I think its safe to say there is a space between the truth and what you really want the truth to look like.

On our way up the coast we stopped for the night at a place we’d been to for the last few years. The kids had scattered memories of it and most remembering revolved around the breakfast buffet and a dodgy pancake machine. I actually wrote this post in my head during that overnight stay – it was 313am and I was lying awake with a sniffing child to the right of me, a snoring husband to the left, an even smaller child in a port-a-cot directly next to the bed who was doing seal impersonations in his sleeping bag all night and two stepdaughters sleeping on the foldout lounge whispering louder than their actual voices are….its at this point that I wanted to yell ‘ARE WE HAVING FUN YET?’. But what stopped me from losing it was the need to harness the memory machine, to not sweat the small stuff so that in two decades time my son can turn to me, grateful for the memories we created, and say ‘remember that place we went to where we all slept together, ate pancakes and had a great time’.

And I’ll smile serenely and say ‘of course I do, that was the best holiday ever’.

How are your holidays going? Are we having fun yet?