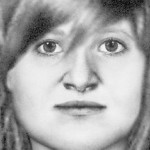 One of the reasons why I started blogging was to practice my writing skills and to give me some respite from the essays I was finishing for uni in the first year of my masters. The research coordinator suggested I try out some real life writing as a way of making my research meaningful to a wider audience. Make it relevant.

Eden posted a story last week about the use of social media and small people. She talked about how invasive it is in our lives now and wrestled against the idea of how it might be for our kids given the speed in which its moving. My stepdaughter has started taking selfies for her Facebook page now that she is 13. I suggested she take some shelfies – pics of books on her shelf as a way of protesting against the use of all our pretty little faces to identify us on social media. She wasn’t impressed. I thought it was funny.

Eden mentioned in the opening line that social media has some legitimate uses with one being the locating of missing children. Sitting square in the missing persons world Ive seen in the few years Ive been working with families that the use of the humble missing persons poster hastily taped up on telegraph poles has been fazed out. It used to be that they went up everywhere – on community notice boards or even on peoples windscreens was the way people spread the word, for the lucky few (or as Carole Moore calls it ‘pretty white woman syndrome’) media attention is offered to the newsworthy cases and for others they just had to wait and see what the Police could drum up. In the early days one of the families I worked with started a blog to keep families and friends updated about the disappearance of her son, it was the first blog I ever read, I dont think I completely got it back then. In the last handful of years social media and missing people seem to have been a match made in heaven. It takes a second to set up a page, a twitter account, heck there are even pinterest pages with peoples images splashed across them. There isnt a lot of data that tells us if people are found using these mediums, they do help in spreading the word, in raising awareness about the reasons why people go missing but the result of actually sharing, finding and them bringing them home is still a little grey.

There was a story floating around the new sites last night that I remember seeing a couple of years back – some remains were located in the Belanglo forest in NSW in 2010 but no one knew who the young girl was. I immediately looked at the image, thinking that it looked like a young girl whose family I knew had been looking for her for so long, but the DNA tests said it wasn’t her and still to this day no one knows who she is.

The images we use in the media, the little snapshots taken that are used to tell us that someone is missing are always taken at happier times. No one could have predicted that in taking that shot it would have been used to tell us all that someone was lost but what is even sadder is the idea that an image of a young girl who was probably traveling far from home is lost but no one knows who she is. No one can take her back to where she belongs.

The key to being missing is that you have to be missed. How could it be that she isn’t?