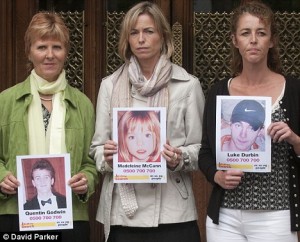 In some strange twist of fate I emailed Sarah earlier in the year for a piece I was writing for a magazine but the email got lost in cyberspace only for her to find my blog, comment on it and for me to realise it was the same Sarah.

Sarah is currently working for Missing People UK, a long distance from the place where ‘missing’ happened to her. This is my last interview for the week – thanks for those who have shared, commented, tweeted and emailed. I have one last post scheduled for tomorrow and then Ill be returning to my usual random ramblings about my little space in the world (I might also have a little snooze in between)

Sit back and have a read…

Sarah, can you tell me about your son Quentin?

Quentin is my second child out of four, my only son. He was born in England but we moved to New Zealand when he was 2 so he grew up there in a large family – 3 sisters, a step-sister and brother who was also his best friend from the age of 3.

As a baby, Q was beautiful, chubby, placid, golden curly hair. As a young school boy he was the one who always got into trouble, even if his friends were doing the same naughty things!

As a teenager he was a mixed bag, with a love of nature, gardening, bee keeping, an ability to meet and talk with people of all ages – he came across as a very loveable boy. But he was also conscious of fitting in with his peer group and anxious to be ‘one of the lads’, often causing conflict with his softer, caring side. West Auckland is not an easy place for a boy to become a young man. The early teens were a testing time as his peer group changed in secondary school, some of the influences not what a parent would choose for their child but you had to let them learn to find their own way and understand the need for self-discipline. Perhaps we gave Q too much freedom, perhaps he would have chosen the harder path anyway, but in his mid-teens he certainly gave us anxious moments and our learning curve both separately and together had some steep rises.

Q was able to talk about his problems and shared a lot of his troubling times with me, but when he was 17 he became ill with manic depression/bi-polar disorder and although he stayed home throughout his manic episode, it shook his confidence very badly and he lost his way in the world. The depression that followed 2 years later was well-hidden but obviously there was a lot of soul-searching going on in his mind and these worries were the main reason we believe he felt he should just take himself away from the family and not ‘burden’ us anymore.

What was your experience of support for families of missing people in NZ?

The NZ police became involved from Day 1 and worked hard to try and find evidence of Q’s whereabouts. Eventually after some weeks we had our own liaison policeman who was absolutely great, he tried everything to get a result; today I still have a very good contact at West Auckland police. Apart from this there was nothing in the way of support – no charity, no organisation specialising in missing people and no counsellors with experience of this particular trauma. It was a very hard, very lonely and isolating experience. With his siblings, there was no advice on how to help them through their loss – we all had to find our own ways together and separately.

You moved back to the UK a few years after Q went missing – did that space give you a chance to reconnect with you, Sarah, rather than being Q’s mother?

Moving back to England after 20 years away was my best shot at survival. Emotionally I was blasted by losing my son and a difficult divorce which split the family and sent us all off in different directions. It took me a very long time – about 10 years – to really come to terms with everything. Yes I could reconnect with Sarah but she was a bit wild and traumatised so not an easy person to live with!

Q was always there, once a mother always a mother. I went through a period of not talking about him – a sort of denial but only because it was too painful to be explaining the whereabouts (known or not known) of my son to new people I was meeting.

Tell me about your work with Missing People UK. What does your involvement give you?

I contacted the charity Missing People in 2009 after reading their excellent report  “Living in Limbo which said so clearly what I had been feeling and experiencing all those years on my own. I soon became involved as a volunteer representative in their new campaign Missing Rights, to encourage improvements in law, policy and practice that will benefit both missing people and those they leave behind. One of my first big assignments was to speak at a Parliamentary Inquiry in June 2011 about the emotional impact of our situation, alongside Kate McCann and another mother Nicki Durbin.

This 3 day Inquiry was successful and has contributed to significant changes in Government and Police policies. This in itself is very satisfying but for me personally, the highlight of that day was meeting two mothers in the same situation as me – my first experience of being with others who knew exactly what I was feeling without words. It was very powerful for me and ample reward for my time and emotional energy.

I have now become involved with fundraising as a member of the Trustee Development Board and I am part of a group piloting new ways to give counselling support to the families of the missing.

Through my contact at Missing People I have gained insight into the wider issues and I really appreciate knowing that there are so many people working in this charity who care deeply about the missing and their families – they are a very dedicated and wonderful bunch of people. But most of all, it has given me opportunities to do something, to be involved, to be with people who care as much as I do, to be in contact with families who are also without a loved one.

I think one of the hardest things to accept in my situation is the absolute loss of control, not being able to do anything to change the situation, wracking my brain to find new ways of searching – after 20 years there  little left but hope. Working with Missing People has changed that, it has strengthened me emotionally, taken away the feelings of isolation and given a purpose to my efforts beyond our own family situation.

What does a week focusing on Missing People mean to you – what do you think the community needs to understand?

A week highlighting the issues of missing people nationally is undoubtedly beneficial; it may bring publicity to particular cases, with the chance of new information. On a wider approach it gives an opportunity for people who might not normally ever confront this particular experience to understand the complexity of issues around ‘missing’. Not just the enormous emotional ripples that extend through families, friends, work places but also the practicalities of varied legal and financial implications which can cause further devastation to those involved. The telling of case stories is also important to make people aware that those who go missing can be from any background, any home situation – there is perhaps a willingness to point the finger and say ‘That would never happen in my family’ but it can and it does!

A further big result from such a focus is getting the information out to a wide audience what support is available for both the missing – they can re-connect via a confidential phone line – and their loved ones. It’s happening too often that people in these troubling emotional situations don’t know where to turn for support and no one signposts them to the appropriate support networks.

Thank you Sarah. Having run the only support service (in NSW) for families of missing people and knowing that there is nothing anywhere else makes these words resonate even deeper. I spent a week at Missing People UK in 2006 and I was so excited to see rooms full of people all working on the same issue – having come from a tiny office with no colleagues it was hard to get on that plane and come home.

Thanks for your inspiring words Sarah. Hopefully we can bridge the gap in Australia some time soon.