But your name is written on my heart forever

I see a turn of a head

A back that reminds me of you

And I hurry to look more closely

Only to feel despair again

Because, of course, it is not you

There is much that is missing when a person vanishes. There is the oscillation between absence and presence and more profoundly there is the absence of ritual. I began working with families and friends of missing people in Sydney Australia in 2003. Missing soon consumed my focus and I began to notice gaps that I hadn’t noticed before. I noticed that there wasn’t a section in the newspaper that allowed for people to share their loss, to share what it meant to not have a missing person in their lives or to even publicly notify others that a loss had occurred.

When we think of missing we immediately picture posters with multiple images, not unlike headshots, that only capture the name of the person. The posters only serve to identify the person as missing, not as a person in their own right.

A book published in 2011 by Jenny Edkins Missing Persons and Politics reviewed the power of the images of those missing after the September 11 attacks in the US. The book outlines that missing persons posters serve as a ‘precious remnant, a trace, a proof the person exists. This is a person, a missing person, they proclaim’. So to in the celebrating, so far, is the opportunity for the left behind to say this is who I am missing and this is what they meant to me.

Missing cuts across all sectors of the community and missing can occur in a multitude of circumstances – abduction, homicide, mental health concerns, parental child abductions and misadventure but the commonality is that in the very moment where missing occurs there is a loss that a person left behind is enduring.

I began to ask families, in the early days of working with them, what they did to acknowledge their loss. Some found that a ritual, like a memorial service, was not useful as it was an outward sign that the family had given up hope of a return,. For others they focused on providing chances to come together, some held picnics and some found that just sharing in an activity that the missing person had enjoyed provided them with the space to reconnect with the person that was not here. One of the ideas we shared was to introduce the concept of a celebration, so far. By signaling so far the pressure was not placed on the family to concede anything – to concede hopefulness or hopelessness – it just provided the space between loss and remembering and it was a way to come together and share what the person had offered without labeling them just as missing.

While death and its finality provides the chance to follow a clearly worn path both in religiosity and practicality the process of missing is far more ambiguous. In allowing people the space to create their own rituals of remembering the concept of an ambiguous or unresolved loss might be far better understood by the wider community and in turn create better opportunities for support for those enduring such losses.

Its National Missing Persons Week here in Australia, starting today. I have seven scheduled posts to cover the week. Drop back in or follow #nmpw on twitter to join the conversation.

Have you ever thought about the impact of the loss when a person is missing? 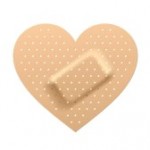