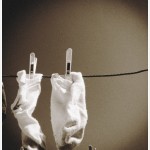 The Morcombe’s released a statement this morning about the frustration of, one year after their son’s remains were discovered, there is still no access for the family to his body and their need to have a funeral – a send off for their boy.

During National Missing Persons Week last month I attempted to explain what it might mean to try to find rituals for people that live with losses that we don’t know how to, or want to, acknowledge. Miscarriage, stillbirth, suicide, homicide, missing people…they all sit in spaces that are hard to quantify because they don’t fit with our black and white concept that we are born, we live to an old age and then we die. The funeral industry doesn’t have alternate website where we can find out what to do in these circumstances. I’m sure there needs to be a space in the white pages but I don’t even know what we would call it.I explained it like this:

I began to ask families, in the early days of working with them, what they did to acknowledge their loss. Some found that a ritual, like a memorial service, was not useful as it was an outward sign that the family had given up hope of a return. For others they focused on providing chances to come together, some held picnics and some found that just sharing in an activity that the missing person had enjoyed provided them with the space to reconnect with the person that was not here. One of the ideas we shared was to introduce the concept of a celebration, so far.

By signaling so far the pressure was not placed on the family to concede anything – to concede hopefulness or hopelessness – it just provided the space between loss and remembering and it was a way to come together and share what the person had offered without labeling them just as missing. While death and its finality provides the chance to follow a clearly worn path both in spirituality and practicality the process of missing is far more ambiguous. In allowing people the space to create their own rituals of remembering the concept of an ambiguous or unresolved loss might be far better understood by the wider community and in turn create better opportunities for support for those enduring such losses.

I was supposed to meet a woman this morning who finds a space for rituals where others have failed. She looks at creative ways of honouring the person that isn’t here. I was reading an interview that she did a while back and I was struck by how passionate she was to just listen to what her purpose in life was. She text me the wee hours of the morning to say she had to be with a family who had lost someone. Selfless people end up in spaces like these.

All I keep hearing, all the murmurs that keep finding their way to my inbox or to my phone say that someone needs to create a space where missing, and the other misplaced socks of our life, can be honoured and looked after and embraced.

I’m just not sure how to do it alone. Does anyone have any ideas?